Where the mainstream and alternative scenes meet.

You’ll find music of all genres, fashion of all styles and businesses of all shapes and sizes in colourful Camden. But it’s not all hustle and bustle: Regent’s Park is 10 minutes from Camden Town station at most, and you can enjoy a quiet stroll alongside Regents Canal too, so it’s no surprise that it’s become one of London’s most popular business hotspots.

When it comes to workspaces, Camden has something for everyone - including freelancers and larger enterprises. Its relative proximity to King’s Cross St Pancras makes it a convenient area for businesses who don’t want to pay zone 1 rents but still want to benefit from excellent access to the city and key transport links.

Camden has established itself as a hub for emerging businesses in recent years, spurred on by its flourishing flexible workspace scene. The Centro Buildings’ NW1 location, for instance, is home to a number of businesses across the tech, creative, gaming and finance industries. Its on-site cafe keeps entrepreneurs fuelled and the roof terrace provides stunning views.

Camden Town Underground Station connects the area to the rest of London via the Northern Line. For businesses just north of the centre, Camden Road Overground Station on Bonny Street is the closest option.

Those located to the south of Camden Town can catch the Northern Line from Mornington Crescent. A number of bus routes also serve the area, and King’s Cross St Pancras is a 10-minute taxi ride away. Cycling along Regents Canal is also popular with commuters.

One of the things Camden is most famous for is its vibrant music scene. Its diverse collection of venues have welcomed a number of iconic acts over the years, including Amy Winehouse, The Doors and Pink Floyd. Be sure to check out what’s on at The Roundhouse, The Jazz Cafe and the Dublin Castle. For comedy, head to Dingwalls.

The famous Camden Market can be a bit of a mixed bag food-wise, but it’s well worth a lunchtime visit if you know where to go. Indulge in some deep-fried halloumi from Oli Baba’s or some vegan pie and mash from Young Vegans. If you’re looking to treat a client to some fine dining, head west to Odette’s or Ramsay-owned York & Albany in Primrose Hill. 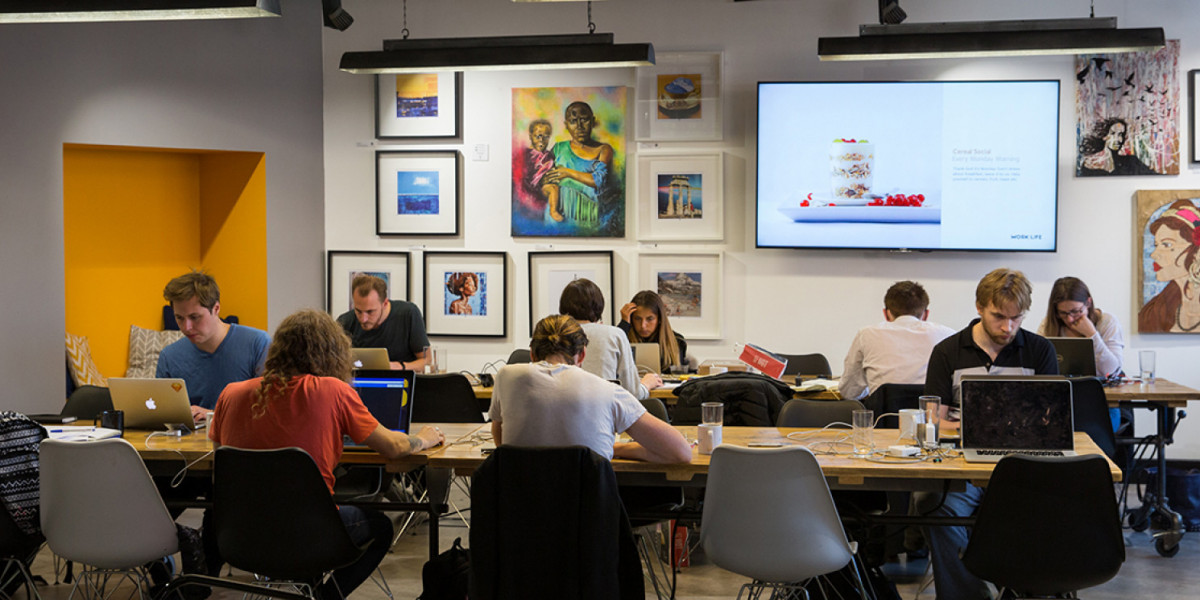