Fuelled by its creative energy and micro-roasted coffee, Shoreditch has long been synonymous with coworking and is home to some of London’s most iconic spaces. The area’s proximity to the City and relatively low desk rates make it popular with both freelance creatives and high growth tech startups looking to scale.

The is a great number of office spaces to choose from in Shoreditch and they all look amazing. Desks at The Frames - a thriving hub for entrepreneurs with super high-speed internet - start from just £170 per month. For those in search of something a little more corporate, private offices in Broadgate Tower near Liverpool Street start from around £300 per month.

Shoreditch is popular with startups: it’s a fact. Rise London, Barclays fintech accelerator and workspace, is situated on Luke Street and is home to over 150 companies (and many more virtual members). Successful startups like Transferwise, Seedrs and Dice have HQs in Shoreditch, as well a number of creative agencies drawn to its diversity and art scene.

Shoreditch High Street provides access to London Overground, and Liverpool Street, one of London’s main transport hubs, links Shoreditch to the rest of London and beyond via National Rail Services, Underground and Overground services. A number of Santander Cycles docking stations are dotted around the area too.

There’s never a dull moment in Shoreditch and there’s plenty to do outside of the office. Spitalfields Market is great for a browse and a bite to eat as it’s encircled by a number of high street restaurants. Shoreditch’s art scene flourished in the 1990s and it contains some great galleries, including Calvert 22, Hundred Years Gallery and Espacio Gallery.

From Smokestack and Lyles to Dishoom and Pizza East, Shoreditch isn’t short of iconic eateries either. But for times when you’re looking for something a little different (and cheaper), head further east to Brick Lane for a curry and a drink at one of its trendy bars. 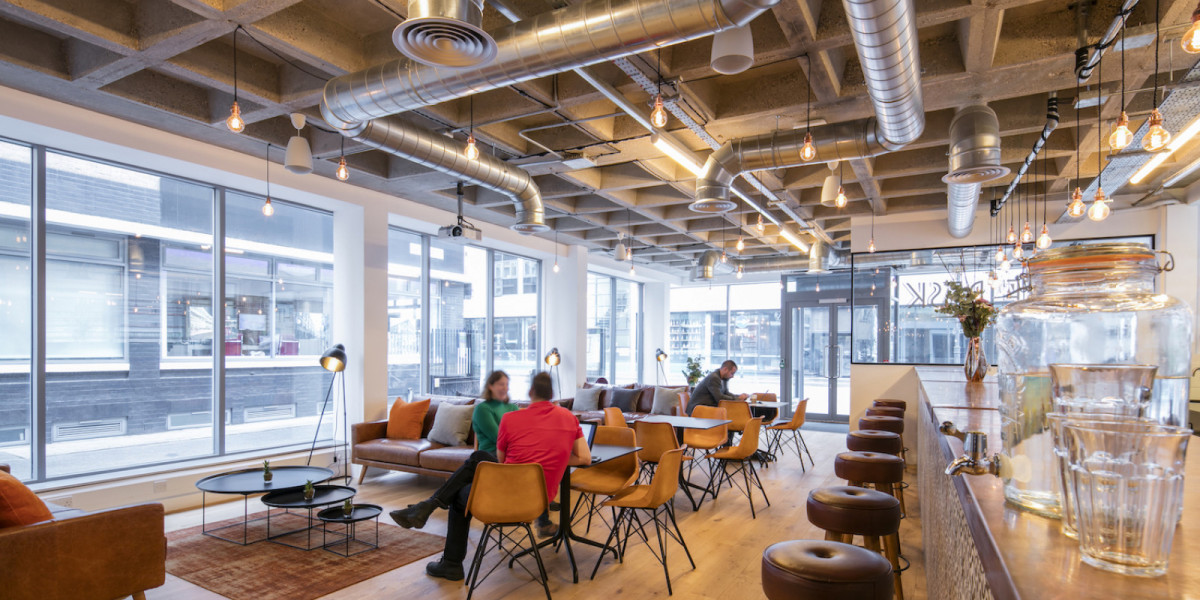